Walking into town we cross the beautiful Museum of Applied Arts. Actually they renovate it, so we see just a picture on the scaffolding. At the Hungarian National Museum many people hang around in the park. The building of 1802 is “nice”, but not that special. Cross the street, see the old city and near the Liberty Bridge the Corvinus University is an eye-catching building. The Liberty Bridge itself even more. This steel structure over the Donau leads to Gellért Hill. On top the metal lady, the Liberty Statue. The Danubius Hotel Gellért is impressive, more than the cave church. Still good to see how they had illegally church in communistic times. Quite a climb, but very cool views over town. Down again to the Erzsébet Hid bridge, see the waterfall at the entrance and cross the river again.

After breakfast we take the city bus. We discover that the map and app are outdated. The stop is at another point. Very annoying, missing the bus. The next bus takes us to the otherside of the river. In front of the First World War Museum big sculptures show the heros. A bit further in the street is a nice entrance to the gardens of Buda Castle. At Nyugati railway station we get off. Have a peek inside and walk to the Parliament Building at the river. The street side is blocked by some podium, but still an impressive sight. Around the Szabadság square are old stylish buildings and at the end a fountain and a Memorial to the Victims of the German Occupation. The St. Stephan’s Basilica is a huge building, the same height as the Parliament, 96 m. We get our boat ticket at the office and take the bus to the next stop, the river. Wait for 20 minutes to discover that it’s the wrong spot. Like more tourists we walk to the right spot and notice the boat is already gone. Of course again no signs whatsoever. Walk into town, have an ice cream, and back to the basilica to visit it. The interior is rich. Nice mozaik ceilings as well. Back to the bus and to the City Park, Városliget. The Millenium Memorial is covered for the pope by a huge stage, including a cross. Too bad, but the old sculptures look nice. We cross the bridge over an empty pond to the park. Turn right to the fairytale castle, the Apostle’s and Gatehouse Tower. Inside a statue of Károly Sándor and the Museum of Hungarian Agriculture. Another statue, now of Anonymus (Anonymus Notary of King Bela of the late 12th century). Wander along the pond and the Széchenyi Thermal Bath, apparently the largest medical bath in Europe. Back at the bus stop in front of the Palace of Art we see the bus pass by in the next street. Of course there is a new logic for this and again the tourists are wondering if they ever get it. We take the oldest subway on the mainland in Europe to the center. The subway is just beneath the street, nice tiled stations, and in a few minutes we’re in the city center. We walk, this time not too far, to the boat and at 17:30 h we’re on board. The boat makes an around trip over the Donau. The views from the river on the old buildings are beautiful. Of course the Parliament is the main attraction, but the whole atmosphere as well. 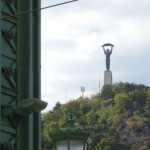 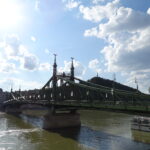 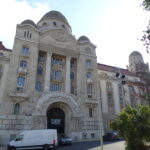 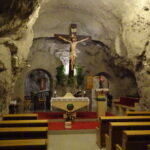 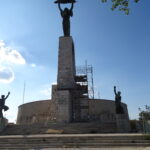 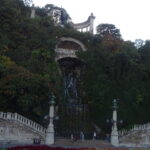 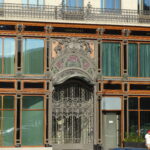 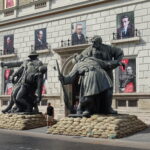 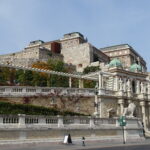 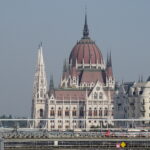 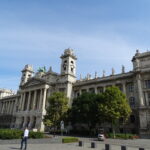 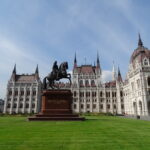 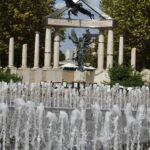 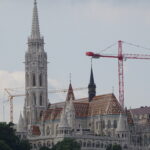 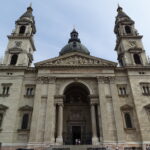 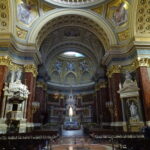 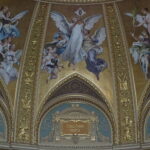 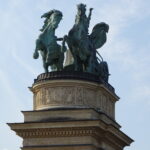 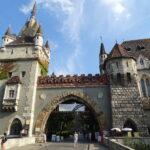 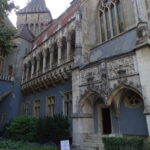 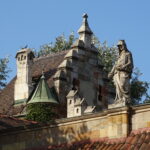 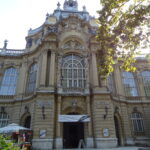 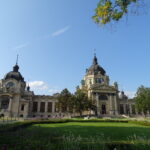 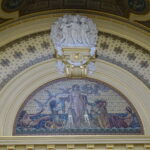 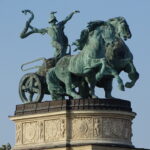 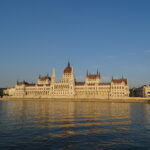 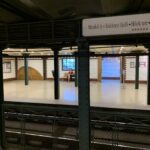