This morning we take the bus to Carcelén terminal in the North of Quito. Here they tell us to take a taxi to the station in the South of Quito, a 20+ kms away. Then the guy tells us the road after Papallacta is closed, but a taxi can take us there. The next option is a taxi to Tumbaco and take the bus from there. Simon and I do, but Jerome goes to his Ecuadorian girlfriend in Quito first. The taxi stops along the highway and tells us the bus will be here at any moment. He waits with us for the bus, because we don’t want to be just along the highway. He makes some calls and then takes us a bit further on the highway. The lady next to the road tells him he has to go to the bus station instead, so in the end he does take us there. Here, no real bus station, but more a bus stop. The bus stop seems the right spot and after 10 minutes a bus stops. It’s another company, but it goes to the right town. We get in and after an hour we’re in Papallacta. We walk into town, have lunch and the owner of the restaurant brings us to the hotel. After his daughter takes a picture of us with dad. After checking in it’s time for Balneario Termas Papallacta. We get in the pools and enjoy the hot water. Here, Jerome and girlfriend join as well.

After a good night Jerome’s girlfriend  takes us by car to the South and drops me at the hotel in Tababela (near the airport of Quito). We say goodbye and I have just a day left in Ecuador. 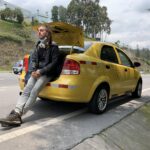 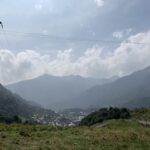 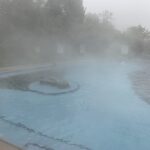 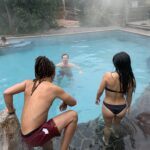 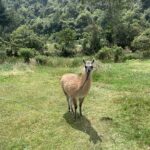 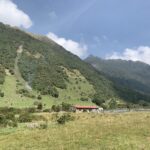 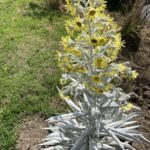 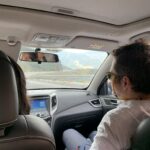 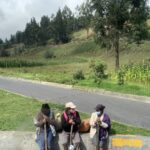 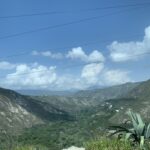