Wednesday 10 January. After a twelve hour flight I arrive in Auckland. It’s still just the start of the evening and time to explore the city. Everything is within walking distance. The coming days I have enough time to explore the city even more. Quite a modern city center with lots of shops. The Sky Tower is the landmark. K’road where about I stay is an old part of a century ago. Now the old buildings are taken for bars, restaurants, ho(s)tels and strip clubs. Another interesting thing is this city has so many parks. Most are small, just a green valley between the houses, like Myers and Western Park and Scarborough Reserve. On the other hand, Auckland War and Memorial Museum is on top of a hill within a big park. Nice spot with a small volcano in the park, a botanic garden and lots of cricket fields. At the end of the day teams come here to play cricket. In the shade I try to understand the rules. Hit the ball, protect the sticks, and run. A good sport for drinking beer. Even for the fielders during the game. The same evening we, Fons, Michelle and I, have a beer in town at Cassette. They serve a nice pale ale and according to NZ for a fair price.

Old Symonds Street Cemetery, 19th century, is now a park open for public. It’s an “alcohol ban area” like a lot of parks. This still means lots of empty beer bottles. Also in the streets downtown quite some beggars, sometimes a hole Maori family is enjoying a public bench or two to live on.

At Straybus I book a ticket for the “hop-on-hop-off” bus through the Northern and Southern Island. The route and stops covers 90% of what I have in mind. Even in the nature parks. And it’s, hopefully, more comfortable than driving all the way myself. Now I’m set to explore NZ, so on Saturday I take the ferry to Devonport at the other side of the bay. Volcano Mount Victoria gives a fair view of Auckland and volcano Rangitoto in the bay. The sandy beach, the water warm, free showers and toilets, all there. See the fortification on North Head and the day is already gone. 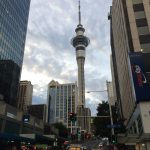 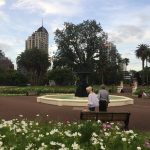 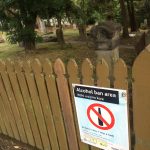 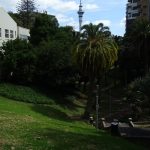 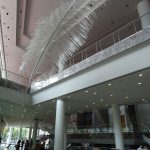 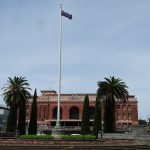 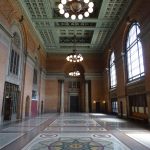 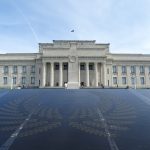 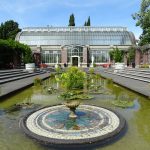 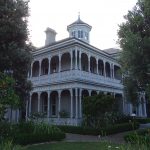 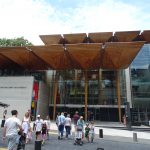 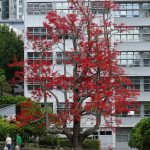 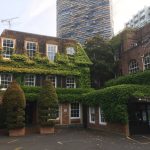 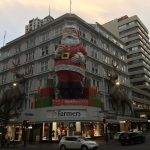 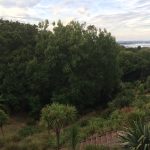 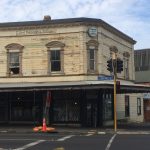 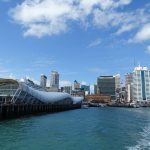 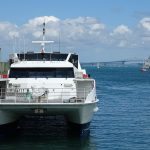 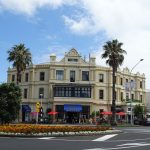 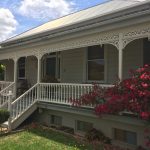 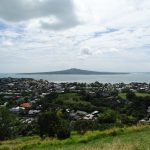 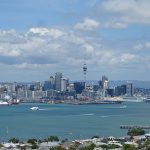 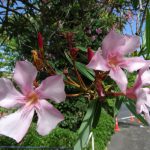 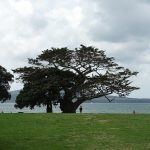 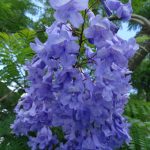 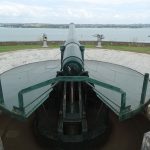 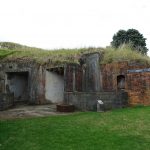 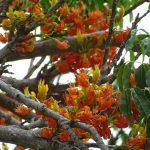 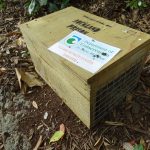 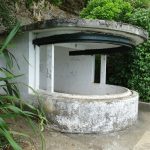