Wednesday 28 February. The Volvo Ocean Race boats arrived last night in Auckland. A bit later than planned, because of cyclone Gitta. Last few days the festivities for the race were already at the harbor. Live music with local singers and bands, promotion teams, movies about the goal of the race and a model of the sailing boats to experience life on board a bit. A hard life. One of the goals is to make people aware of the plastic soup in the ocean. Use less plastic. In New Zealand, they have a mission. Here every 2 or 3 articles in the supermarket go in a separate plastic bag. And of course, the endless use of plastic bottles, take away cups, tops, straws, trays, etc.

Thursday all 6 finished boats are put on the standards by a crane. A crew of specialists works on every boat. A guy is doing acoustical measurements at the outer surface of the boat. Marking weak spots. Others are making holes in the hulls, repairing it and polishing the surface. Nice to see the boats so close and see how they get them in shape again for the next battle. They traveled already around half of the world, but have still another half to go. A cool touch is the boats will finish this year somewhere end of June in The Hague. 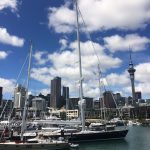 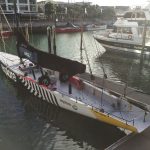 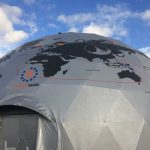 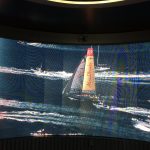 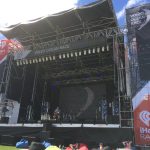 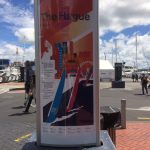 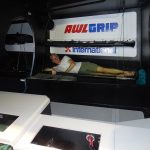 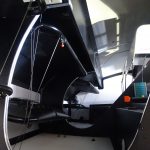 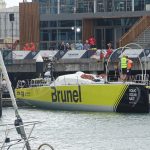 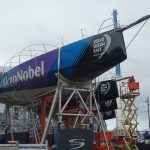 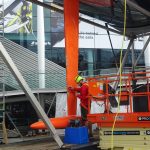 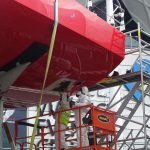 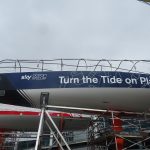 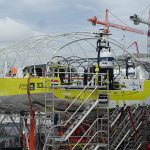 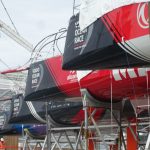 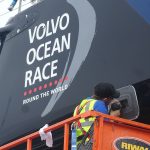 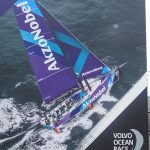